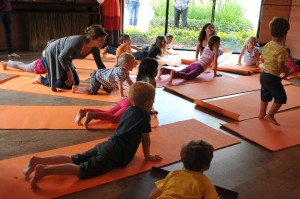 Have you ever wanted to volunteer at a homeless shelter, or make a difference to the elderly but never acted on it? I spent many years teaching senior citizens yoga and movement and watched at how their limp bodies woke up and how their faces lit up to the healing power of the class. I began to wonder if there were other groups of people who can use these gifts but don’t have access to it. A lightbulb went off when I realized the homeless, with their stress level through the roof, their risk of drugs and alcohol to numb their pain is close to 100% is the perfect group of people I can share yoga and movement with. Their probability of ever trying a class is close to zero yet they can benefit from it tremendously.

This idea launched my new project of my yoga/movement shelter tour. I will be traveling the country spreading yoga, fun movement and inspiration in women’s shelters across the country. My goal is to give these women tools to make them feel physically, emotionally, and spiritually better so they can go out, learn new skills and create work for themselves so they can better their lives. These tools will teach them how to deal with stress, depression and help their body cope with everyday tasks of a workload.  It’s my labor of love. I’m excited to meet and share with these women what has helped me so much.

In addition to the movement and yoga workshop I’ll be spreading inspiration and giving these women a voice on my new podcast called VOICES OF WOMEN, where I’ll be giving women from all over the globe a chance to have a real voice in the world. I’ll be starting with our homeless women, where I’ll invite them if they choose to be on my podcast, which I’ll tape live at the shelter and have them share whatever is on their mind.

I’m so excited about this because one thing that has carried me around for many years growing up and early in my awakening is the feeling that I’m unheard, invisible and not really cared about in anyway. I thought if only people really heard me, then maybe I can make some real changes in my life and the lives of those around me.

I realized I’m probably not the only person who has felt like that and so now I want to give a chance to those women to be heard.