The only constant in life is change. When you think about it, can you remember all the details of your life from just a week ago? So much happens and so quickly. Life is truly fleeting. When I think about the journey I’ve been on the last few years I’m in awe at the perfection. When you are in middle of the journey it’s hard to see where the road will take you, even if you have your GPS on and we many times come to conclusions that are far from reality.

Most of my favorite trips were those that had unplanned destinations. It was when I stayed open to the destination or the road that would take me there that created the most incredible outcomes.

A year and a half ago I moved across the country from New Jersey to California. It was by far the most unexpected move. I never in a million years would’ve thought I’d even consider moving so far from everything I know, my family and the familiarity of my life. Moving to California presented a long journey of changes, bumps and unexpected curves. The incredible thing is looking back on that road a year and a half later.

After years of working on my book back East, I finally finished the 12 year journey. The book was just released this week as well as the other gifts I’ve started to share with the world. I struggled as an actor in NYC as well. Once I released how things should occur and what they should look like an inspiration showed up in the form of an idea, and the creation of my One Woman Show began. Wow! Who would’ve thought? How weird is that? The capital of the theater and publishing world in New York was my home for 17 years and I accomplished both a major writing and theater project in quite, suburbia Orange County California. What this tells me is you can do anything at anytime, in any place. Just stay open to the road. You don’t need to take the road everyone else travels on. The road less traveled is not only more adventurous but you might find more treasures at your destination.

I love fall. It’s my favorite season because to me not only is it breathtaking but it reminds me of change. Although the leaves are dying, they fall off the trees with grace and beauty, providing nutrients to the ground below them. There’s no real death, just change.

The same is true to our life. Moving to California was difficult at first. But by adding grace, lightness and freedom to the experience miracles began to pour my way.

If you’re going through a rough patch in your journey of life look for the adventures in the road rather then the obstacles. You’ll be amazed as to where your journey will take you. 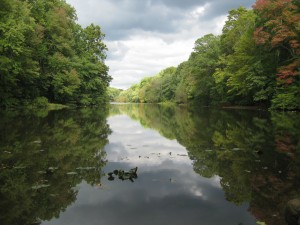